It should be no surprise to you that GO holds a special place in my heart.

When I collaborated with fellow Oakland educators, parents, and advocates to start what was then known as “Great Oakland Public Schools” in 2009, we did so with the belief that the most impactful change happens when it is imagined and led by those closest to our students’ and families’ experiences in our public education system. Twelve years later, GO Public Schools — now in Oakland, West Contra Costa, and Fresno — still holds this truth as central to its mission and has partnered with thousands of parents, educators, and community allies in the continued fight to expand opportunities so that every child in California can thrive.

I stepped down from the role of CEO in June of 2020 after more than a decade advocating for equity and innovation. I knew that both the organization and I were ready for our next chapters. I also knew that with the right next leader in place, GO — and the fierce and hugely talented staff who make this organization what it is today — would be ready and eager to step boldly into the next decade. I’m thrilled to share that we’ve found the right next leader for GO in Darcel Sanders. 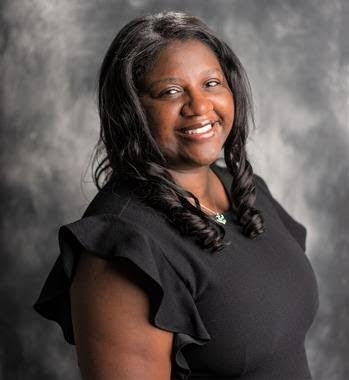 Check out the official press release

Darcel’s tenure with GO started in 2019 when she was hired as our first Chief Operating Officer. A little over a year later, she was selected by GO’s Board of Directors to lead the transition of leadership as our Interim CEO. During these interim months, Darcel has worked closely with the board, staff, and partners to continue programming and advocacy in alignment with the dynamic needs of the pandemic and to ensure GO’s financial stability and future.

I’ve known Darcel since she was a teacher in Oakland Unified’s Frick Middle School and I’m incredibly inspired by her leadership and the depth of expertise she will bring to this role. Having worked on behalf of California’s students and families for over a decade, Darcel has extensive experience in the areas of public education, public policy, nonprofit management, and fundraising — all of which are core to GO’s work and critical to running an organization.

Darcel’s passion for education and advocacy is fueled by her family and her childhood experiences growing up in the Central Valley, by her time spent as a classroom teacher in Oakland, and by her work in the legislature — both as a Panetta Institute Intern in Congresswoman Barbara Lee’s office and, more recently, as the Legislative Director for California State Senator Carol Liu.

Most importantly, it is Darcel’s unyielding commitment to the fight for social justice and equity coupled with her deep understanding of GO’s work and her strategic vision for the future that best position her to lead as CEO. As our new leader, Darcel will build on GO’s last dozen years of impact by creating more synergy and alignment across our three local regions in Oakland, West Contra Costa, and Fresno. She is also looking forward to working with staff to refine and scale recent programmatic innovations and learnings from this pandemic year as well as develop new tactics to increase our impact at the state Capitol and across California.

Darcel is a joyful and determined leader who I know you will enjoy as a partner and colleague in our shared work to expand opportunity. I encourage you to reach out to her directly to hear more about her story, her work, and her plans for GO’s future.

Thank you for your continued partnership and support, and once again, please join me in congratulating Darcel on her selection as CEO and what I know will be the start of a powerful and historic journey for our GO network.

Jonathan Klein
Co-Founder and Board Member