Welcome to the August edition of What We’re Watching in California Education, a newsletter we hope will offer you insight into public education conversations happening at our state Capitol.

The California Legislature officially adjourned for its summer recess on July 16, but not before approving a monumental education budget for the new fiscal year and passing a number of new educational laws.

Here are the toplines:

A Monumental TK-12 Education Budget: At long last, California’s education spending exceeds the national average! The 2021-22 budget is estimated to spend ~$21,000 per pupil.

Governor Gavin Newsom signed an enormous education budget for the 2021-22 school year. Relying in part on state and federal funding from COVID relief, this budget is estimated to spend about $21,000 per pupil, which would — at long last — place California’s education spending above the national average.

We’ve addressed some of the provisions that made it into this budget in previous editions of this newsletter, but we thought it would be helpful to summarize a few of them again here:

Recognizing the barriers to accessing financial aid resources for college, GO supported AB 1456 (Medina), otherwise known as the Cal Grant Reform Act. While the 2021-22 Legislative Budget does not fully adopt AB 1456, it does call for some critical changes to increase college affordability for California’s low-income students. The table below outlines some of the key differences between AB 1456’s proposed language and the final budget trailer bill. 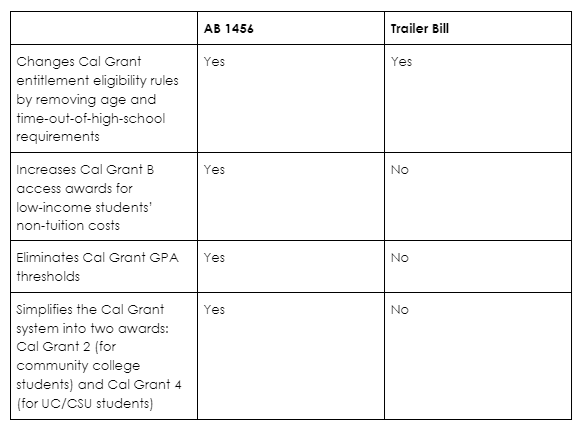 Overall, the Legislature’s 2021-22 budget estimates that 133,000 more post-secondary students will benefit from the new budget as well as shifts in policy and practice. And while advocates celebrate these changes, the work to further expand college affordability for California students is far from over.

Just over two years ago, our GO Family Leaders traveled to the State Capitol to show support for Governor Newsom’s then-proposed $10 million investment in the State Longitudinal Data System (SLDS). We celebrated alongside other advocates when we learned that California voted to move forward with this investment in what is now referred to as the Cradle to Career Data System, and are thrilled to see this effort again prioritized in this year’s budget.

The Cradle to Career Data System is defined as a system “intended to link education, workforce, health and human service data systems to better provide public data on educational outcomes and services for students and families. The system will be governed by a 21-person board, comprised of representatives from data providers, eight members of the public appointed by the Governor and Legislature, and two members of the Legislature.” 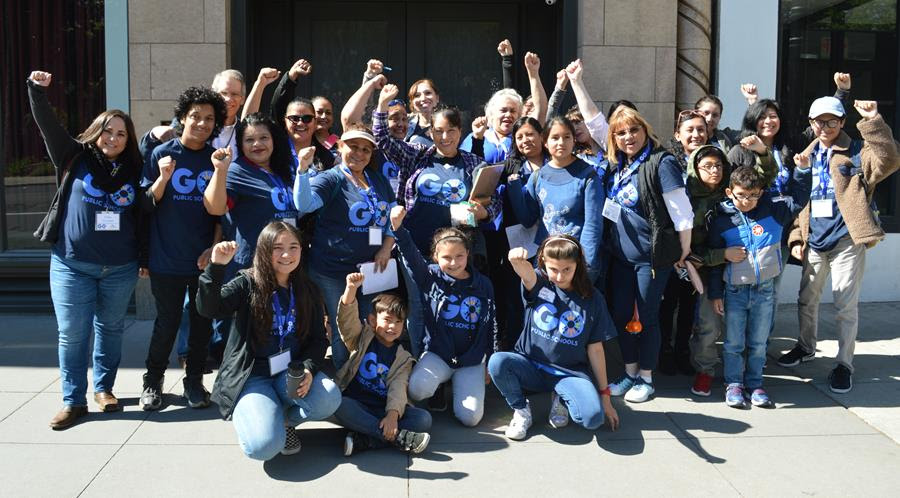 During that same visit in 2019, GO parents also advocated for a piece of legislation that would have made the completion of the Free Application for Federal Student Aid (FAFSA) and the California Dream Act Application (CADAA) a high school graduation requirement for California’s public school students. Since then, the GO network has continued to support efforts to increase access to critical financial resources needed to help California’s students attend college. We were thrilled to see the trailer bill create a new requirement for schools to confirm that students enrolled in 12th grade complete either the FAFSA or CADAA, beginning in the 2022-23 school year.

What We’re Watching in California Education – 2022 May Revise edition